Even after having been trading e-minis (ES) for almost a decade now, it still amazes me to see how "easy" trading can be during some periods, several chances to trade with a high win ratio, above 70%. The Challenge traders are all done in real-time in our trading room, doubling our account in just 7 weeks! That milestone made us break our own record.

December and January have been exceptional months to trade, even without getting the big moves, as day traders it's hard to make 20 points in a single trade, when volatility sets in, direction can change in a dime making us really happy with 6, 8 or even 3 points on each trade, which is our minimum target, it quickly adds up. There's no need for perfection in order to make money consistently, to have an idea on how powerful this business is, one can make a good living if able to make just 2 points a day.

It's really good to see the quantity of opportunities to trade ES can offer when it decides to be generous, but it's not always the case, last year we went through long periods of tight days, challenging our patience to wait for the right setup, on some of those days we did not have a single trade during the whole trading day! They were rare but they did happen a couple of times, the good thing about following a trading system is that if we don't see a setup we do nothing but watch, if market is moving in a tight range we just wait but when we see a good setup we don't hesitate to trade it, when we jump in, we do not know in advance whether that trade will work or not, what we do know is that if we take a sequence of trades with similar setups, statistics will work in our favor giving us the confidence we need to pull the trigger every time and just let profits take care of themselves.

I really have a good time with our fellow traders in our trading room, not only because we make money consistently there, but the symbiosis generated there is great, it gives us the strength we need to be there on a daily basis to fight another day, here's an email I've just received from one of our members:

I wanted to let you know that I am starting to get the hang of the DS system.  While I am still learning you have provided a lens into the market for me which frankly I did not have.  The DS set-ups are clearly providing opportunity to make money in the market.  My goal is that I will continue to trade this system for a very long time.


Thank you for the feedback, I'm really happy to be able to share something that is really relevant to those who want to learn a set rules that creates a steady flow of profits to those who follow them with discipline in the difficult path to success in our business.

If you still don't have your own system to trade profitably, use ours, the Diamond Setups.

The Challenge consists of 3 different stages, we set 3 targets that we will try to reach:

when we reach it we start:

and last but not least:

When you join us, besides having the opportunity to participate in the challenge with us where I trade in real-time in our trading room, you'll also have 1 on 1 classes where I'll teach you all the nuts and bolts of our trading methodology, all the rules and the 10 Diamond Setups we use to be consistently profitable.

Join us in our Challenge #14 ==> Click here to learn more

“The biggest thing about making money is time. You don’t have to be particularly smart; you just have to be patient.” - Warren Buffett

Do you trade to win or not to lose?

We've just had another good week trading ES, no matter what happens we know we have to do what is right and not what makes us "feel more comfortable", it's the only way to be successful in trading.

Many traders know exactly what to do, where to jump in and out, what position size to use, how to make a good risk management using the correct STOP order size, not too big nor too small, and also have a well funded account but they still fail to succeed in this business! Why's that?

Instead of trading to win they might be trading not to lose!

If a trader does not have the right mindset to trade, he will end up making some small little mistakes that will keep him apart from being successful, a small detail will prevent them from making money.

They take trades only to give up after it runs a couple of ticks, taking profits too early, letting emotion get in the way of what would have been a real good trade. Or getting out of the trade with a few ticks of loss not giving enough room for market to breath, they get out of a good trade even when their STOP LOSS orders have not been hit, and that's what will make them lose money, because they give up on trades that would be profitable in spite of knowing that for every 10, 20, 50 trades they take there will be a certain number of losers but the great majority, provided they have a proven trading methodology,  will work as expected giving them profits that quickly add up towards a winning week and month.

On the other hand if a trader is not disciplined enough to pull the trigger when the setups that matches his criteria are in play, frustration will make him lose more and more as he will end up taking "revenge trades" outside his initial plan trying to quickly recover from a loss or missed good trade making him lose even more money and making it each time more and more difficult to meet his goals.

The only way to be successful in our business is to have an edge, a system that will allow you to take setups that clearly meet a certain criteria and that will put statistics in your favor, like the casinos do, and from every 10, 20, 50 trades you know most of the trades will work as expected but some of them will fail and there is nothing wrong with that.

Don't trade another single day without having clear rules to follow, rules that you know will help you go from point "A" to point "B" in the least amount of time, in the beginning it might be painful to be 100% disciplined, you will need to break the initial barriers that are holding you, those are the hardest to break, you will have to crawl before you can start walking, and finally in the near future, after breaking that wall, you'll be able to run!

Trust me, market will reward big time those who no matter what do the right thing day in, day out, taking money from those who have no patience and discipline and giving it all to the disciplined traders.

So use a trading system you know works, if you don't have one there are several of them available on the Internet, mine is just one of them, a really good and simple to follow trading system, the Diamond Setups, I've been using it for more than 8 years now and I assure you it works like clockwork, allowing you to have a free state of mind focusing on the good execution of your trades only.


Insanity Is Doing the Same Thing Over and Over Again and Expecting Different Results - Albert Einstein (?) 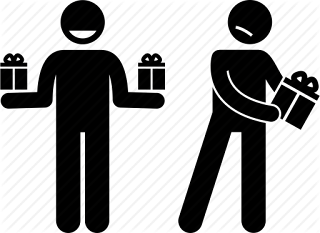 It feels so good when almost everything we do works as expected and we get highly rewarded for doing the right thing. Stage 2 target of Challenge #13 has been achieved at US$ 15,000+, from its beginning at US$ 10,000 on December the 11th, more than 50% profit in a little more than a month, one day more to be exact. Now on to the next target at US$ 20,000, we'll increase the size we trade to 4 lots on ES.

When we follow a set of rules with discipline, market pays off big-time, every time.

In my experience in the trading room I run from 9 AM to 4 PM EST daily for more than 7 years, I've learned that most traders when they start trading think they must win everyday to be successful in this business, if when they start they're not lucky enough to begin when market is being generous, they will quickly give up thinking trading is not for them, or that there's a conspiracy against them to make them lose, while those who are lucky to start when market's distributing money will stick around much longer.

As traders we need to bear (not sure I should use this word, so out nowadays) in mind being successful in trading is not about a single trade, day, week or even month, it's the long run that counts, from every 10, 20, 50, 100 trades we take using our trading system we can expect a win ratio of 70%+ in average, that does not mean it will give us 70% of winners the whole time, it varies according to market generosity, market's behavior changes, having tremendous generous X some stingy periods, we may expect a wave line more or less like below along a trading month/quarter:

We will have really "easy" periods (like this past week for instance) when almost every trade we take will work, giving us a 90 or even 100% win ratio, that's the time when we make the big money, those wins will cover any small losses we might have had in the past days and much more in profits.

We have to be ready for those periods when market gets stingy, experience enables us to see early what is happening and we will play more defense than attack, being more selective and waiting for the high odds setups only until we see we can start being more aggressive again as the weather clears up allowing us to move faster onward and upward.

If you don't trade with a system and you're not sure you will consistently make money in the weeks ahead, join us, learn a simple trading methodology so that you'll be able to trade with the necessary confidence in order to be successful, click the link below to learn more:

Learn to trade with a free state of mind, a visual trading system, pattern recognition, you see it, you trade it.

“What has happened in the past will happen again, and again, and again. This is because human nature does not change, and it is human emotion, solidly built into human nature, that always gets in the way of human intelligence. Of this I am sure.” - Jesse Livermore


That's the reason why our system has been working like clockwork for the last 7+ years.
Posted by @RenaTrader at 3:59 PM 0 comments