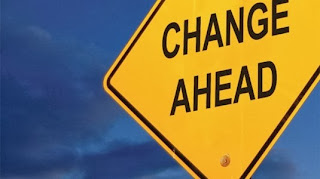 After having been trading for more than 15,000 hours and having mentored over 400 traders in 3 years I've found that the biggest problems that struggling traders face are psychological, such as: fear (by far the biggest account killer), trying to be perfect, gambling, not being able to pull the trigger, to name just a few.

The fear of losing is what kills them financially, it holds traders back from taking the good setups. They take several trades mentally just to see them working perfectly as they thought they would but when they take a real trade it fails, and that repeats itself over and over again making them think there is a plot against them in the markets to make them lose their hard earned cash, and it only gets worse, day after day.

Yes, unfortunately I have seen many traders going through that kind of problem, it goes on and on until they decide to change the way they trade and stop repeating the same type of mistakes over and over again.

" - But how can I change that?" - they ask me in agony when they first talk to me looking for a solution to their problem of continually losing money in the markets and the answer is quite obvious: "- By doing what has to be done!"

Trading is about having set rules and following them with the discipline to not change your tested rules to suit the present circumstance. Some trades will fail, period.

Market tend to repeat its behavior, if we understand how, then most of the time we are able to find good levels for our entries and exits in any liquid market. Every time it makes a certain type of move, that is, it triggers one of our setups, we will take a trade, but we DO NOT know whether the trade will work or not, so we have to take ALL GOOD SETUPS, according to our own trading style, be it scalping, day or swing trading, we have been doing that for years, so we now know that statistically from every 10 trades we take, 4 to 6 trades will work and make us money, 2 or 3 trades will give us a small profit or nothing when we leave at breakeven price, and 2 or 3 trades will fail and we will lose money. Traders need to know how to live with that and have no worries at all when the losing trades take place.

If a trader is not aware of this constant outcome, he ends up taking only the bad trades, and believe me, they do it with an amazing precision!
I have seen they do it many times when they start trading with us in our trading room, while we take all trades and "don't care" whether the market will pay us or not, we know that if we get stopped out using proper risk management according to our account size, we will lose without any problem and we will be ready for the next good setup, so that in the long run we will be profitable, but that is NOT what struggling traders do, if they lose in one trade they will skip the next trade and only "trade it" mentally just to see that setup work perfectly. That used to happen so frequently that if a newbie would tell me he skipped a certain trade I would hold the full position without scaling out because I knew that would be a winner.

If you don't have your own trading system, a set of rules you use to trade daily that work consistently, then get it from someone else, from a trader who has been there, done that. You may try to create your own system yes, why not? But it will take you years of study and cost a ton of money.

The trading system I've created is very simple to learn and use, traders usually take 2 weeks to understand the whole concept of the system.

Last year, from 45 weeks we traded; 43 were winners, that is NOT a coincidence or luck, we make it week in, week out by following religiously a set of rules, because we know rules profit.

Start off the year doing the right thing, this year you can receive what you ever hoped and wished for, go for it.